Everything You Always Wanted To Know About: Ohio State Route 61

We continue our series “Everything You Always Wanted To Know About,” where we dive into weeds to bring you details on Richland County ‘s geographical, cultural, and scenic landmarks. In particular, we are continuing our look at the county’s collection of highways and byways.

Today, we look at a state highway which may not be the most exciting route in Ohio, but nevertheless starts (or stops, depending on your perspective) in Delaware County, travels through several other counties, and finishes within a stone’s throw of Lake Erie.

We’re talking about Ohio State Route 61, which has its southern terminus at the US36/State Route 37/Interstate 71 intersection near Sunbury. It travels from that point over 91 miles to a junction with US Route 6 near Huron and Vermilion. 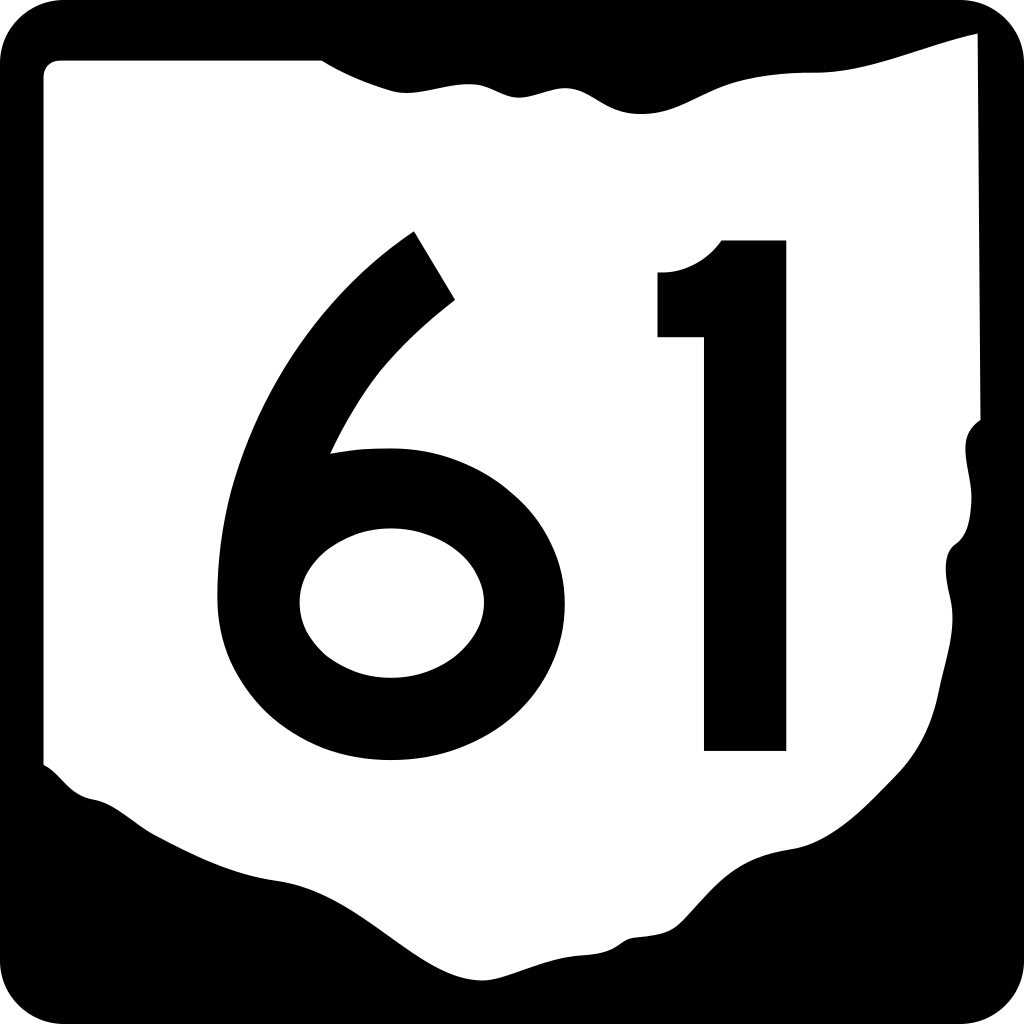 The highway was one of those created in 1924 in Ohio, just 31 years after the state boasted the country’s first brick surfaced rural road. Construction carried on in stages throughout the remainder of that decade; in 1928, for instance, the route was extended five miles north of Sunbury.

The path from Sunbury to southern Huron County closely parallels that of the Old State Road, the state’s first federally-financed route built shortly after 1820. The route went north from Worthington with a planned northern finish at New Haven; it was laid out by the renowned Col. James Kilbourn. From Mount Gilead to Galion, it follows the same route.

More on that road in a future article.

The new State Route 61 shows up largely in its present location on the Officieal Highway Map of Ohio for 1925.

In 1940, Route 61 was designated one of just ten “main military routes” in Ohio. It was one of only three state highways included on that list. Six counties are traversed by Route 61 — Delaware, Morrow, Crawford, Richland, Huron, and Erie.

Along the way, the route passes through or near Sunbury, Mount Gilead, Galion, Crestline, Shelby, Plymouth, Norwalk, and Berlin Heights.

Send us your news — of an announcement, event,
club news, fundraiser – whatever! It’s easy to do online.

Everything You Always Wanted To Know About, Transportation

Everything You Always Wanted To Know About: Mansfield’s Glessner Avenue

Everything You Always Wanted To Know About: Clear Fork Reservoir

Everything You Always Wanted To Know About: State Route 97

Scholarship Created For Applicants That Pick The OSU Campus In Mansfield

Andernan’s Term As Interim Dean And Director At OSUM Extended

Christmas PJs Encouraged To Watch The Muppets At The Ren

This Year’s “The Game” Wager Has A Mansfield Flavor